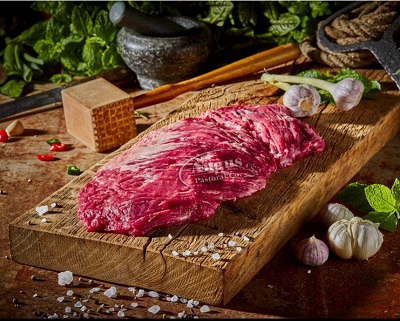 Today we are going to talk about where and how to buy Black Angus beef online. This type of meat is among the best valued in the world for its juiciness and its characteristic and intense flavor. It also has a good index of infiltrated fat, hence it has that marble aspect. This beef is native from Scotland, although it is currently produced in several countries. The qualities of this type of meat are comparable to Kobe meat, also among the best recognized worldwide.

Although this meat is produced in many countries of the world. The USA, Australia and Uruguay are three of the most recognized for their tradition of premium quality beef.

Three of the current main producers of Black Angus meat:

Australia is another of the countries with the highest number of consumption of kilos per inhabitant annually. In addition, it is a country in which there is a long tradition of barbecue cooking, which will encourage the consumption of high-quality beef. There is also a long tradition of Black Angus grazing thanks to its large land dedicated to grazing. Angus Pastoral is a company that produces high quality beef from Australia. The fattening and grazing period of the animal lasts several years for the meat to be so delicious and exquisite.

This cut is extracted from the region of the lumbar dorsum, just next to the tenderloin. Its exquisite flavor and texture is very juicy, which makes it ideal for cooking on the barbecue or in the pan.

This cut is extracted from the lumbar region, between the sirloin and the needle. Its flavor is exquisite, very tender and juicy. It is delicious cooked on the barbecue and grilled.

This is one of the best valued cuts among Black Angus beef. It is located in the sublumbar area. It has an exquisite and smooth flavor, and is juicy in texture, which makes it unique.

This cut is extracted from the calf’s rear abdominal area, which is closest to the hind legs. Its flavor is soft and its juicy texture, which makes it very versatile in cooking.

This cut is extracted from the upper part of the abdominal flank. Its flavor is intense and its texture is soft and juicy, perfect for cooking on the grill or stewing.

This cut is extracted from the scapular region or infraspinatus fossa of the Black Angus, located in the front quarter or shoulder. It is usually cooked in the oven or on the grill, although it has many cooking options.

This cut is extracted from the rump region, located on the ribs of the Black Angus calf. Its flavor is very characteristic and its texture is very juicy thanks to the top layer of fat. It is delicious cooked on the grill or in the oven.

This cut is extracted from the back of the thigh of the Black Angus. There is little fat in this cut, but at the same time is very juicy. It has many cooking options.