The elaboration of Guijuelo Salamanca ham

Is Guijuelo Salamanca ham the best in the world?

How to buy Guijuelo Salamanca ham

We are going to start by explaining the reason for the two denominations of the ham made in Salamanca with the DO Guijuelo seal.

Undoubtedly, DO Guijuelo ham is not made only in the town of Guijuelo.

This population is located in the province of Salamanca and the region of Castilla y León. It has a population of 6,000-8,000 inhabitants and is the epicenter of the production of Iberian ham in the area.

In the municipality there are around 180 companies dedicated to the Iberian ham and pork industry. It is for this reason that Guijuelo has one of the highest per capita incomes in all of Spain. 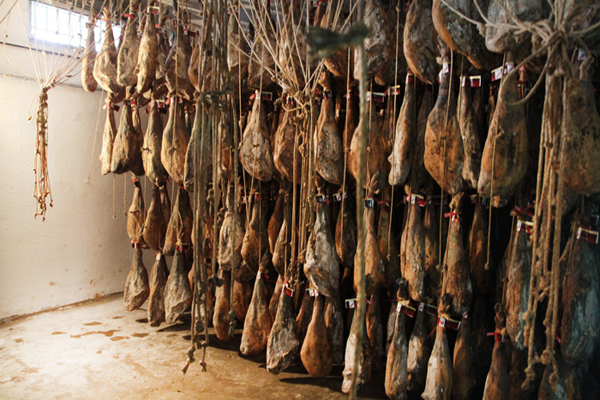 At the beginning of the 19th century, Guijuelo was a small town in the Salamancan mountains that had a subsistence economy based on agriculture and ranching.

The history of Guijuelo has a crucial event at the end of the 19th century that changed everything. A railway station was built which brought multiple changes to the region. At the beginning of the 20th century, electricity and sewerage arrived in Guijuelo.

With the railway also came the possibility of bringing cured hams from Galicia or other parts of Spain. In Salamanca and Guijuelo there is an ideal climate for drying ham. It is for this reason that over time it became a reference area in the breeding and curing of hams and shoulders.

Shortly afterwards came the construction of the slaughterhouse which, together with an important ham fair, would make Guijuelo one of the cradles of Spanish ham.

It was not until 1984 that the Guijuelo Denomination of Origin was created, with which this municipality would become famous throughout the world. It was the first Iberico DO to be created.

Since then and into the 21st century, Guijuelo Iberico ham has built a worldwide reputation as a gourmet product.

Joselito hams are found in the Guijuelo area, Salamanca. This ham, although it does not belong to the DO Guijuelo nor is it certified as Iberian, is world famous for its quality. 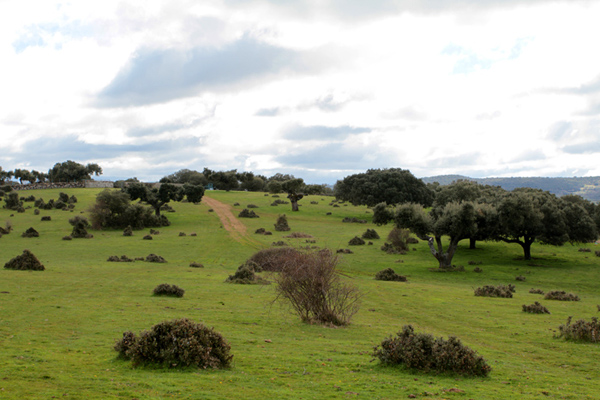 The elaboration of Guijuelo Salamanca ham

DO Guijuelo hams in Salamanca are made following the Iberian standard and the certification of the Guijuelo denomination of origin.

The breeding of Iberian pigs for Bellota ham is done in freedom and with stipulated ratios of pigs per hectare. This limitation is very important so that the ham has a high level of infiltrated fat and a quality Iberian flavor.

The curing of the hams is done in dryers in the area delimited by the DO Guijuelo. The climate of the Guijuelo area and the province of Salamanca is perfect for curing Iberian hams. Cold, long and dry winters, together with the strong winds from the mountains mean that the ham does not need much salt for drying. The hot and dry summers mean that the infiltration of fat in the ham is higher than in other areas of the Iberian ham and make Guijuelo ham a luxury for the palate.

These climatic characteristics make Guijuelo the paradise of Iberian ham.

Although each producer of Guijuelo ham has their expertise in the breeding and production of ham, there are some general characteristics that differentiate Guijuelo ham from other Spanish Iberian hams.

The main characteristics of Guijuelo Salamanca pork and ham:

The Guijuelo pig has long, pointed ears that can cover its eyes.

The meat of the ham is purple-red to pink in color.

It has a large amount of fat infiltrated in the meat

More than 54% of the fat is infiltrated in oleic acid thanks to its natural diet. 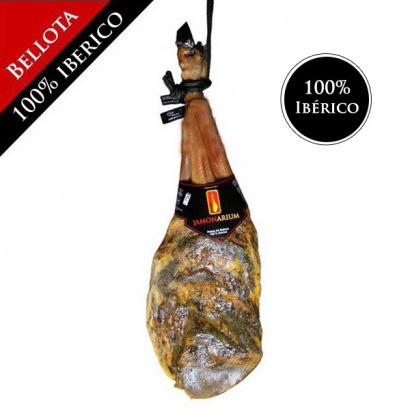 Iberico ham from DO Guijuelo is one of the 4 Iberico DOs that we have in Spain.

The other three are DO Huelva, DO Los Pedroches, DO Dehesas Extremeñas.

The main difference regarding the other three is that DO Guijuelo hams are characterized by having a greater amount of infiltrated fat than the rest. This gives them an intense Iberian flavor but more fruity and smooth than others. The color can also be a bit more pink than other DOs.

These special characteristics are given above all by the breeding of the pigs and the climate in the drying process.

Is Guijuelo Salamanca ham the best in the world?

This question has as many answers as there are lovers of Iberian ham in Spain and in the world. Undoubtedly, the Jabugo DO is most famous for having 5J among its brands, one of the best known worldwide.

Even so, the DO Guijuelo has loyal consumers of its Iberian ham. Normally the consumer of Guijuelo Salamanca ham always buys from this area.

Many lovers of Guijuelo ham say that it is undoubtedly the best in the world.

How to buy Guijuelo Salamanca ham

To buy Guijuelo ham there are several options.

1- You can go to Salamanca and stop by Guijuelo to buy a ham, or several, at a good price.

2- In most stores specializing in Iberian ham there is Guijuelo ham. It is important that Iberian experts advise you. Even if it is from Guijuelo, not all hams are the same, nor are curings, nor what is behind the labels. Confidence in your Iberian ham seller is essential.

3- If you want to buy Guijuelo Salamanca ham online, we recommend Jamonarium.com, without a doubt a reference in the sale of quality hams. They will advise you which are the best Guijuelo hams to buy at each time of the year and above all which is the best for you.

The most important thing is that you enjoy this wonderful product that we have, Guijuelo ham.