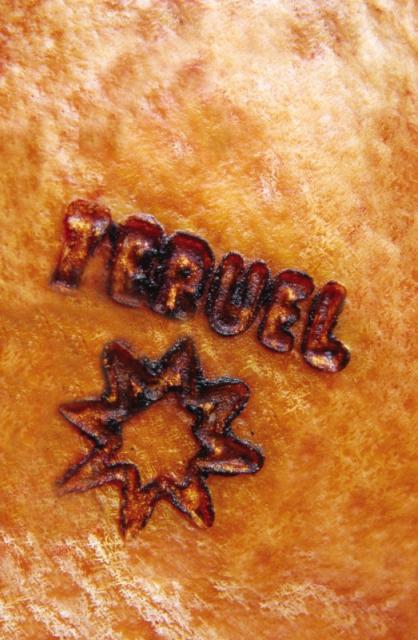 This means that we can only refer to the Teruel ham hams that meet the standards set by the Council of the Designation.
The D.O.P. Jamón de Teruel is the first DO ham of Spain, since 1983. This ensures that the hams under the name of the DO Jamón de Teruel, obtained from animals of selected species, born, raised, slaughtered and cured in the province of Teruel.
The IO P. Jamón de Teruel is the first DO white ham in Spain.
Teruel ham fall within the group of hams and Iberian ham always differentiated. See more on the Iberian ham, and Serrano Ham.

Geographic Location
The production area marking the Regulatory Council of the DO is composed of the municipalities of the province of Teruel, with an average altitude exceeds 800m.
The climate is continental with Mediterranean influence. The winters are long and cold with a hard frost.
The altitude and the cold, dry climate, Teruel make an ideal place for a natural healing process of the ham. 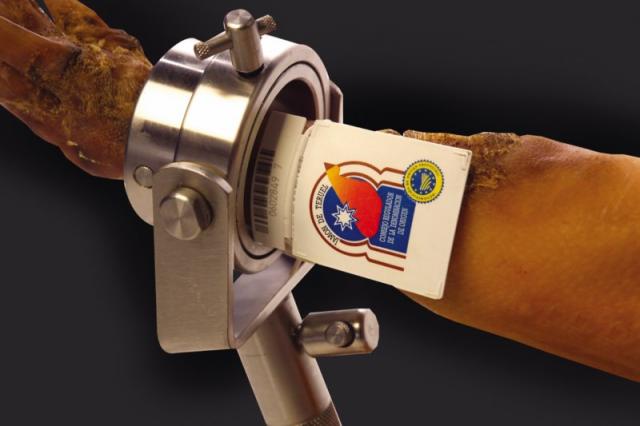 m crosses between Landrace or Large White to the maternal line, and Landrace or Duroc to the paternal line. The use of these breeds, produces hams with low cholesterol levels.

Feeding
Is mainly based on cereals. Feed mill must justify that at least 20% of the cereals used in a year for the production of feed, crops come from the province of Teruel.

Sacrifice
Pigs for about 8 months. Males should be neutered before entering the feedlot and females are not in heat at the time of slaughter.
They will have to be fasting at least 12 hours before slaughter, and only give them sugar water to ensure proper levels of glycogen.

Elaboration
Once the slaughtered animal and curing is performed after maturation.
The phases of the process are: salting, washing, Settlement, Healing (drying and maturation) and aging. The minimum duration of the process is 60 weeks (14 months).
Salt: To promote dehydration of the meat and perfect conservation cover hams salt for approximately 1 week (between 0.65 and 1 day / kg). The temperature will be between 3 º and 6 º C and humidity between 80 and 90%.
Washing: salt was removed by washing with warm water and rub with a brush to remove debris.
Settlement: The hams pass cameras with temperatures of 6 and maximum moisture content equal to or greater than 70%, at least 60 days. 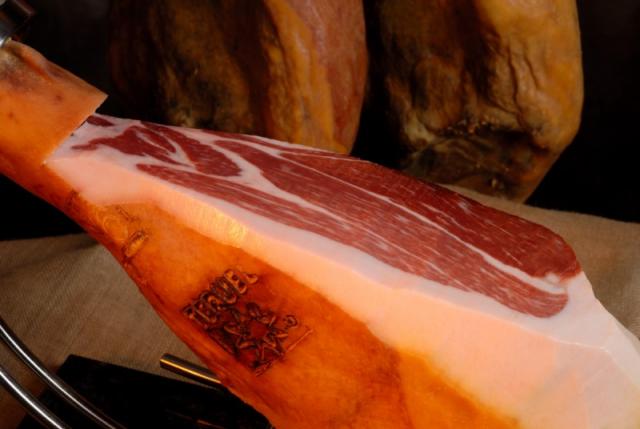 Identification
The Council of the D.O.P. Teruel, makes a final certification, and all those hams that meet all requirements will be identified with a brand on the bark (an eight-pointed star and the word TERUEL, and numbered with a band logo CRDO

Features late Teruel ham
Form: Elongated rounded at their edges, retaining the leg. You can have all profiled in crust or cut in V.
Weight: Between 8 and 9 kg, never less than 7 kg.
Color: Red and shiny when cut, with partially infiltrated fat in muscle mass.
Taste: Delicate and slightly salty.
Fat: Consistency creamy, bright, aromatic and pleasant taste.