“Maladúa” the world’s most expensive ham 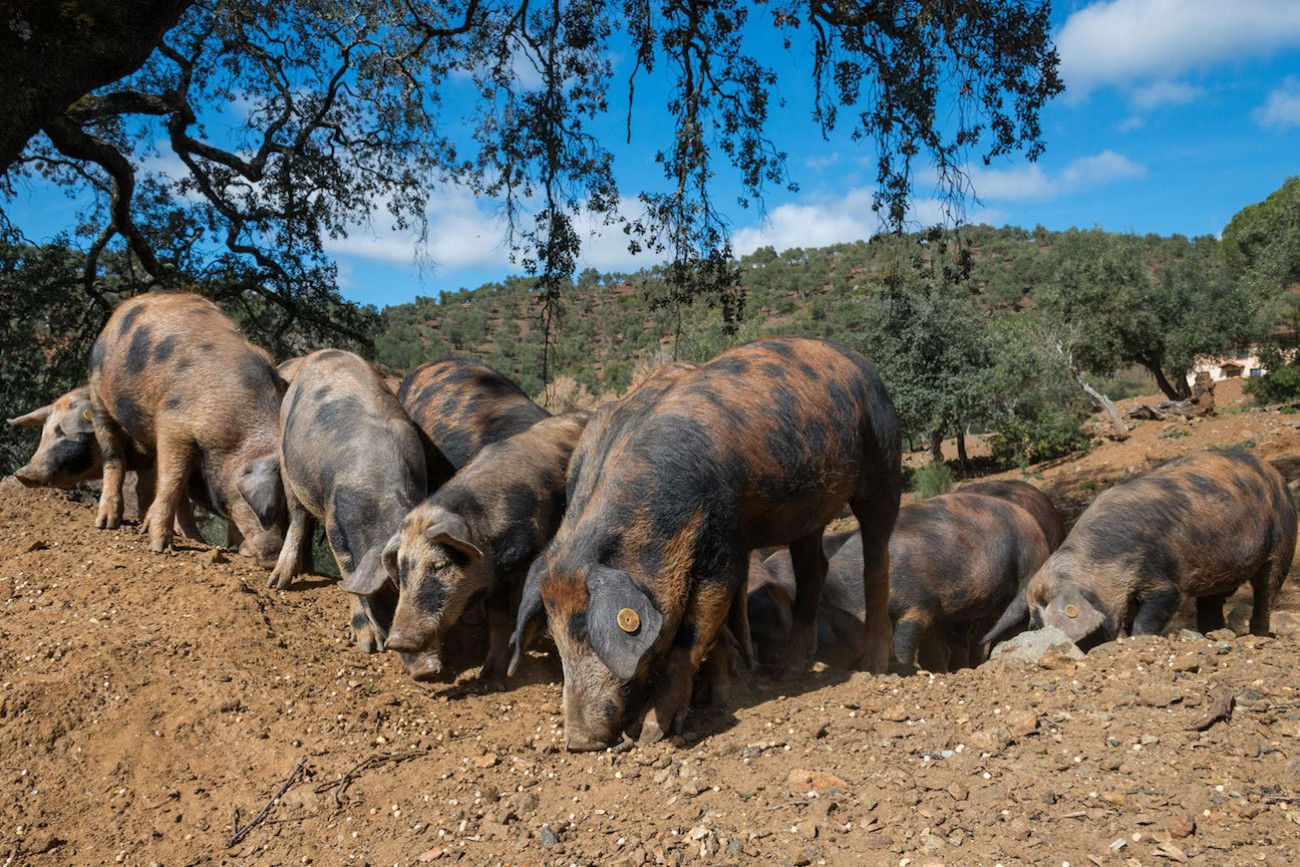 No doubt Spanish Brand “Dehesa Maladúa” is the world’s most expensive ham. it was recently prized with the charcuterie world’s equivalent of an Oscar in Biofach – Nuremberg. The Europe’s leading organic foods trade fair declared this unique dry-cured ham its best product. 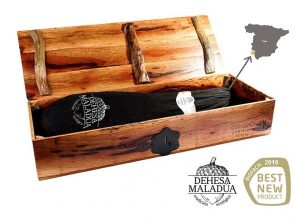 The prize-winning ham comes from a rare breed of pig called the Manchado de Jabugo, its name refers to the dark patches on the animal skin. Dehesa Maladúa’s creator and owner, Eduardo Donato, has achieved to protect this breed from extinction 25 years ago when he settled in Huelva province in southwestern Spain.

Manchado de Jabugo ham’s unquotable taste is due to the fact that the pigs do not eat animal feed, but only natural food from the pastures. Donato owns 80 hectares of «dehesa» to forage them with acorns and green fodder in the woodlands of Huelva. The excellence of his products has already been confirmed by Córdoba’s Nutritional Science and Food Technology Department, up to the international norms. Its color, is dark-red and glossy; its fat is white and fine; its aroma is intensive and its overall flavor is salty and sweet at the same time. 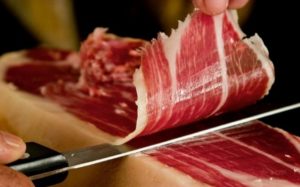 The Manchado de Jabugo breed was affected by the swine fever epidemic in 1958.  The farmers did not appreciate it enough  because it took longer to reach their maturity and is less fertile than other iberian pigs. A Manchado de Jabugo pig needs  up to three years to reach the optimal weight, while others can be processed to ham when they are from 14 to 18 months. Then another six years are needed before the ham is cured. There is another reason why they are considered less attractive: Manchado de Jabugo pigs sometimes do not flaunt the dark pigmentation in their hoofs that is the most important features of Iberian ham (pata negra). 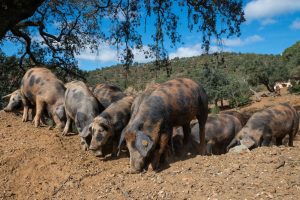 «Manchado» Pigs on the Pasture

Donato decided to settle in this zone in 1990 acquiring an old farm in Maladúa, a small  village near Cortegana, forgotten by God and by the humans. So than he began to study intensively about sustainable pig breeding and ham curing. Now he runs a virtually one-man successful company, supported only by his family.

Donato provides the international market with less than 100 hams a year, while they are now sold all over the world. For the «famine» of top-quality Iberian ham such as Maladúa and the high cost of production, the customers have to pay top price, They are not only buying a unique product as well as contributing to save a rare breed. Manchado de Jabugo ham tastes gorgeous, but it is also beneficient for your health, high in unsaturated fatty acids, rich in protein, vitamins B1 and B6 and healthy minerals. A serving of 100 gram of natural medicine against anemia, costs aprox. €50.