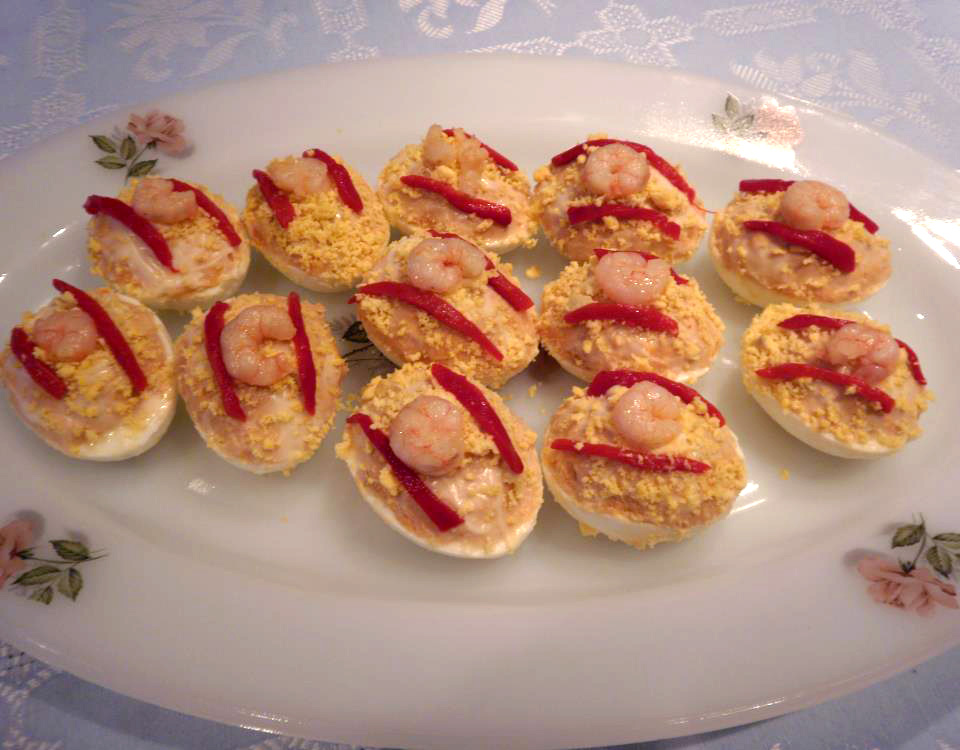 Preparation:
Cook the eggs, about 12 minutes into boiling water. After passing under a stream of cold water to stop the cooking. Remove the shell.

Once cooled, the split him in half lengthwise and then remove the yolks.

Then toss in a skillet over low heat, the tuna along with part of its oil (1/3), all buds (less a reserve to the end), a little finely chopped onion, 3 tablespoons sieved tomato soup and a pinch of salt. Smash it for a few minutes mixing everything very well until we notice a compact mass.

We put out the fire and can cook while cooling the raw and peeled frozen shrimp in a pan with a few drops of oil.

Fill the halves eggs with the mass. After we cover each half with a thin layer of mayonnaise. Then, on the same, grate the yolk we booked early. Finally put on each half, a couple of strips of red pepper and shrimp.

Once ready, we put them in the fridge and let cool completely.
Serve cold.